Back at Uni Blu Tack was my friend. My idea of decoration was plastering the walls with U2 posters and thanks to my little blue buddy I could do this and still have a fighting chance of getting my security deposit back from those dodgy student landlords.

As I’ve got older, with more responsibilities and- yes, I’ll admit it- a little grumpier, it’s become more a hindrance than a help.

It still serves it’s purpose- I can put up the kid’s latest drawing and not have to grab for the Black And Decker. Not have to pepper my walls with drill holes. But when it’s been on there a while and it’s time to redecorate it’s not much fun trying to get it off. Little scraps seemingly melded onto the wall. Or- even worse- what can be a pretty funky-looking oily stain.

Luckily, as Britain’s favourite reusable adhesive, it’s a problem I’m not alone with. And a good search online allowed me to cut through the trial-and-error (and all the raised blood pressure) to find a solution that worked. So I’ve saved you the hassle here!

Why Does Blu Tack Stick to the Walls and Leave Stains?

Blu Tack is a synthetic rubber compound and….that’s about as much as we know about it. 50 years on, details of it’s exact chemical composition- and indeed the identity of it’s inventor- are as closely-guarded as the Colonel’s secret sauce at KFC.

That means the exact reason why it sticks and stains isn’t known but we can draw some educated guesses based on the properties we do know.

Without getting too technical, Blu Tacks uses an electrostatic interaction that forms a bond with whatever it’s sticking to (Does Blu Tack lose its stick? – Wikipedikia Encyclopedia ?) and this bond gets stronger over time. That’s why when your daughter has flown the nest and it’s time for you take down all those Leonardo DiCaprio posters you will see those little grubby blue clumps sticking to the walls. You can usually get 90% off easy enough but it’s that stubborn 10% where the problem lies. More on that shortly…

Or. If you have been using on more absorbent or recently-decorated surfaces (like some wall-papers and brickwork), Bostik- the makers of Blu Tack- have admitted themselves it’s inclined to leave an oily stain How to remove Blu Tack® stains from a wall | DIY BOSTIK. Basically, where the oils seep into indents in the surface or into the more porous material beneath. Luckily, between the manufacturers and our friends all over the internet, solutions for both these issues are at hand…. 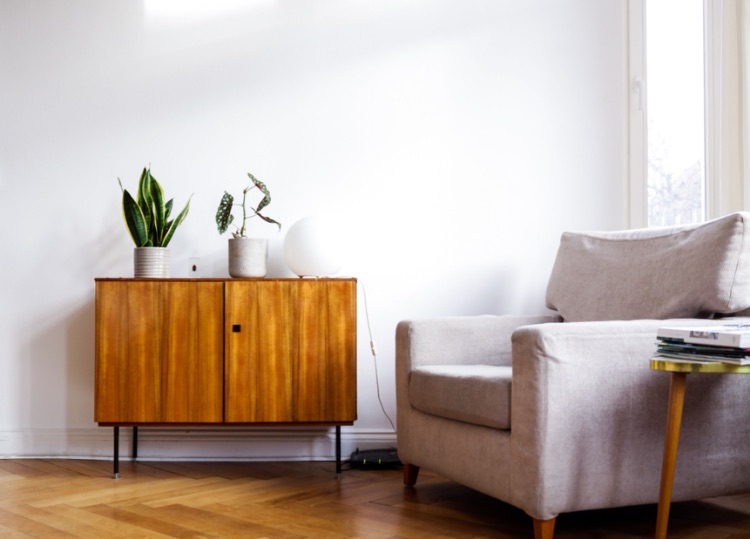 How to Remove Blu Tack from Your Walls

The makers themselves recommend rolling it off (as opposed to pulling at it). Not only as the most effective way, practically, but also the most cost-effective as it should be usable again. If you roll it from the edges, top to bottom, til it ends up like a little blu-tacky roll of carpet you can avoid peeling a chunk of your wall/paint off at the same time!

But sometimes even that doesn’t do the trick. A shout-out to ‘StartsAt60’ (How to remove sticky Blu Tack without damaging your walls – Starts at 60) for this little tit-bit: if you freeze a small blob of blu-tack for a few minutes til it’s rock hard you can actually blot it away. The harder bit sticks to the softer bit and pretty much sucks it out. You need to a firm and heavy touch here- don’t try just ripping it across- again to ensure minimal damage to the wall/paint itself.

How to remove Blu Tack from Wallpaper

Wall-paper can be a bit trickier. I trawled through many stories of success and glorious failure but one solution stood out: our old friend WD-40, step-forward and take a bow!

Cleaning tiles, removing bird poo from your car, protecting your metals from rust and corrosion. It can probably scrub your oven if you ask it nice enough. It’s more versatile than a potato waffle and to that list we add: removing Blu Tack from wallpaper!

Just spray a little squirt on the troublesome blot, give it a few seconds to soak in and then scrub it off with a damp cloth. Those instructions should be simple enough but here’s a video to help you too, just-in-case. Remove Blu-tack from wall with WD40 – Bing video

How to remove Blu Tack stains

Now onto the oily stains themselves.

The Bostik website recommends using chewing gum remover or lighter fuel. Dabbing this on with a clean cloth or kitchen paper (to dissolve the oil into the blu tack) then blotting away with a dry cloth or kitchen paper. So give that a try if you like although my research suggested that doesn’t work for everyone.

Sugar soap, undiluted floor cleaner, sodium bicarbonate mixed with soap…even white vinegar heated in a microwave (!?) … out of all the different solutions put forward the clear winner was…. Citrus based stain removers.

Mr Muscle do a great one or there’s this option here from Amazon: Citrus Magic Instant Spot and Stain Remover, 22-Ounce : Amazon.co.uk

Are there any home-made solutions?

But don’t worry if you can’t get to the shops or the need is more urgent, there a few homemade solutions that will do the job too.

You can make your own citrus mix with white vinegar, dishwashing liquid, water and lemon. Similar process as before: sponge, leave for a few minutes, then get at it with a damp cloth.

Or…use a pea-sized portion of any dishwashing detergent with a citrus base and scrub at the stain with a toothbrush. 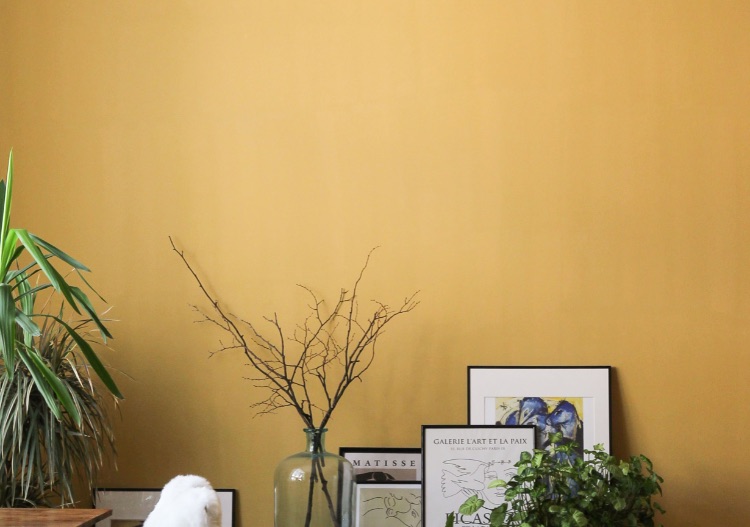 If all else fails….covering Blu Tack stains!

You can’t blot it off, you don’t have any white vinegar or Fairy Liquid, and you won’t buy from Amazon because you don’t like Jeff Bezos. Well then there’s only one thing for it: a cover-up job!

If you want to paint over it get at it with a bit sandpaper first so you aren’t left with an uneven wall (wiping down with a damp cloth after). Then use a small roller or a brush to apply your primer, sand it down when it’s dried too, then pick out a matching shade and paint over it.

And if you don’t like the sound of that well you can just cover it. Hang a nice cheap copy of the Mona Lisa over it with some wall-safe removable strips and we won’t say anything if you don’t! Shhhh! 😊

No comments to show.